At only 7-years-old, Nevaeh West is a baseball player, a two-time adaptive triathlon participant, and a future cheerleader. She cycles two to three times a week and goes to therapy for a minimum of four hours per week.

Nevaeh was born with cerebral palsy and bacterial meningitis – meaning the first few months of her life were spent in the hospital. Constant fevers and seizures led to significant brain damage, but through it all she is never alone. Christa West, her mother through adoption, has been by Nevaeh’s side the whole time. Together, they make up the “Dynamic Duo”.

“The doctors told us that she (Nevaeh) may never even sit independently, let alone crawl or walk,” said Christa. “and I was just kind of like “Whatever, I’ll show you.”

Growing up, Christa made sure that Nevaeh got all the therapy she could. Regular physical therapy and occupational therapy helped Nevaeh learn to crawl, but by the age of four, she was still unable to walk. Christa was looking for something to give Nevaeh the reciprocal “one foot in front of the other” motion when she saw a photo of an adaptive bicycle on social media.

After doing some digging, Christa learned about Freedom Concepts. She contacted Jaydene Lowe, Freedom Concepts’ Southeast Territory Manager, and from there the fundraising process began. Partnering with Variety of Georgia, Christa began to fundraise online and even held an event at Henry’s Louisiana Grill. Before long, she had raised more than enough money to buy Nevaeh a Freedom Concepts bike and ended up donating $1,000 towards an adaptive bike for another child.

“Christa is one of the most motivated mommas I’ve ever met,” said Jaydene. “She will do anything she possibly can to make sure Nevaeh gets what she needs, and always focuses on her abilities instead of her disabilities.”

Prior to Nevaeh being born, Christa was a dedicated triathlete, but had to give it up to take care of Nevaeh. Now that Nevaeh has a bike that works for her, it is an activity they can do together. “The Freedom Concepts bike has been huge in increasing her overall mobility,” said Christa. “It gives her the movement in her legs that she needs to build up strength. In our world and mindset, nothing is off limits for Nevaeh. We’ll always find a way.”

After a year with her first mobility bike, Nevaeh was able to walk on her own. Fast forward another two years and she is now competing in adaptive triathlons. Thanks to Variety of Georgia and Athletes Helping Athletes, she is now able to use her newest mobility bike in competitions. Nothing is going to stop Nevaeh from showing others that a little persistence goes a long way. 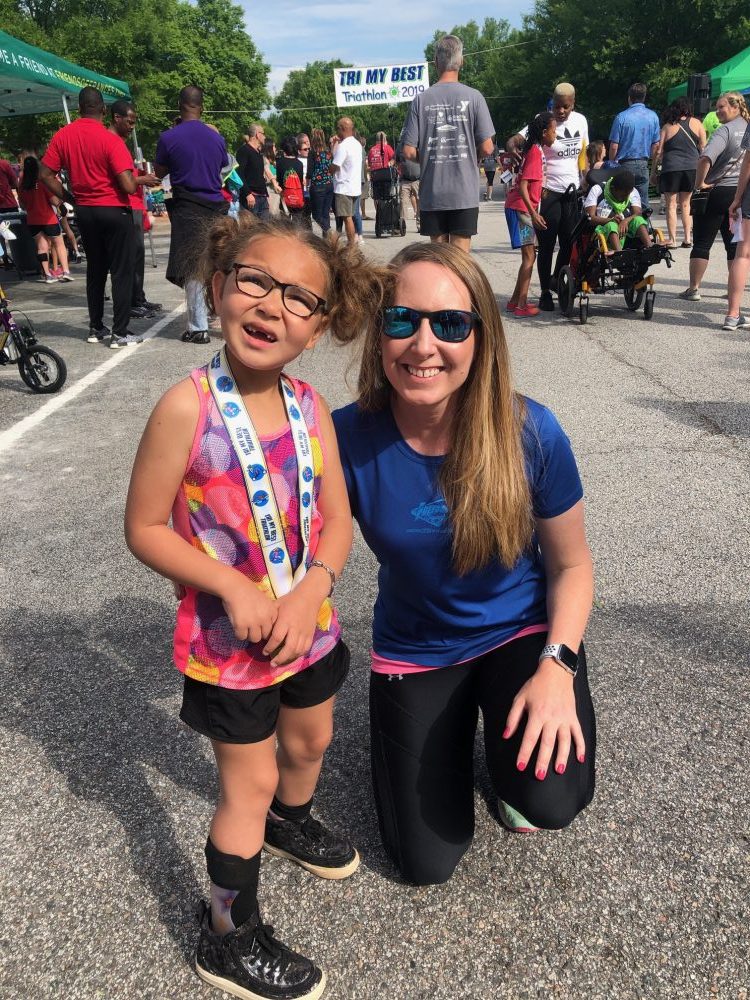 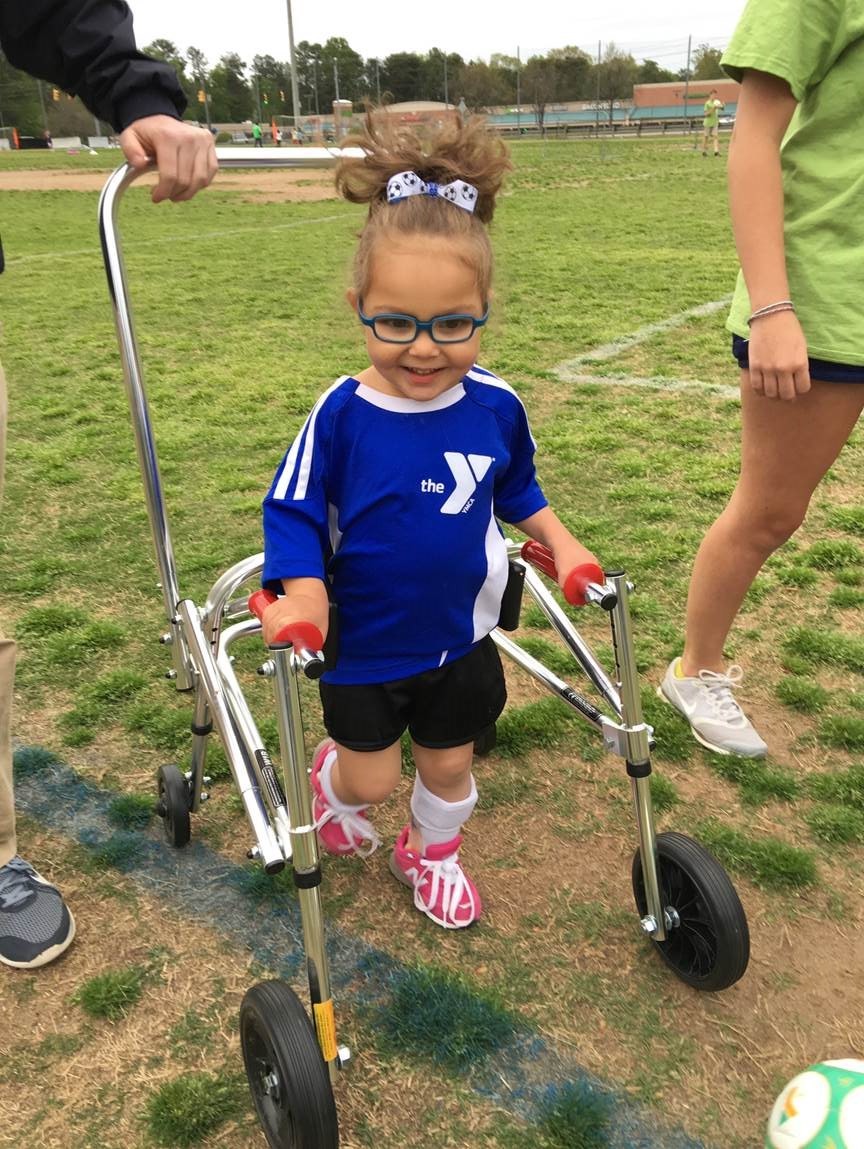 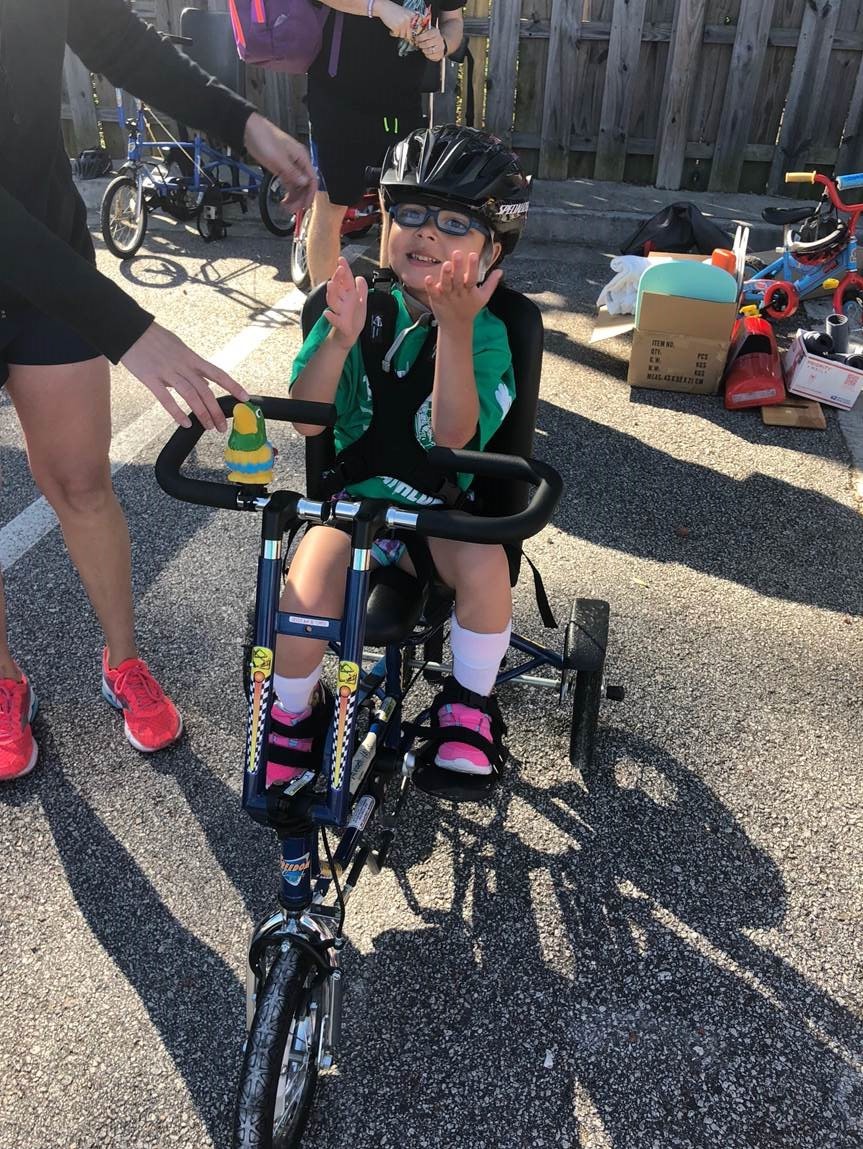