Freedom Concepts bikes have affected us in a huge way. It’s really been a good piece of equipment for Waverly to keep in shape. In the spring, summer, and fall she rides her bike around the neighborhood with us, and then in the winter she keeps her bike at school to ride in the hallways. It’s FABULOUS!

Waverly has Rett Syndrome, and a lot of kids lose their mobility because of the condition. They have an even higher chance of losing their mobility if they aren’t active, so our goal with Waverly is to keep her walking, running and moving her legs. Having the bike has really helped Waverly to increase the strength in her legs and core, keeping her strong and walking.

I feel so happy, because she’s so happy when she’s riding the bike. She’s always got a big smile on her face and I get a feeling of joy seeing that. It’s also just nice to get out and do something as a family. My husband, son, and I like riding our bikes, so we felt that Waverly was really missing out on that. We would take her in the bike trailer, but we felt badly that she wasn’t getting the exercise. Now, we can go out together and she can get the exercise on her bike.

I don’t think there is any other brand of bike that would work for Waverly. She has tried some bikes that were kind of “supped-up,” but they were just regular bikes that were made to be a little more stable, and she wasn’t able to get it peddling by herself. Because Waverly has a seizure disorder, her bike is made with straps around the chest and is very stable. That way, incase she does have a seizure or she’s having a weak day, she’s not going to fall off the bike and injure herself. It’s the only bike company that I’ve come across in North America that makes the bikes like that. The adjustable jogging handle was so much easier to maneuver than the other bikes. It really is nicely designed.

It’s such a worth-while investment, everyone we’ve dealt with has been just great! 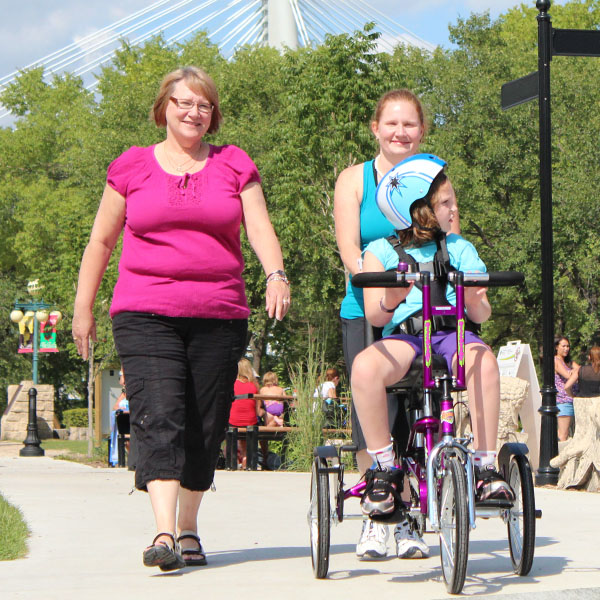 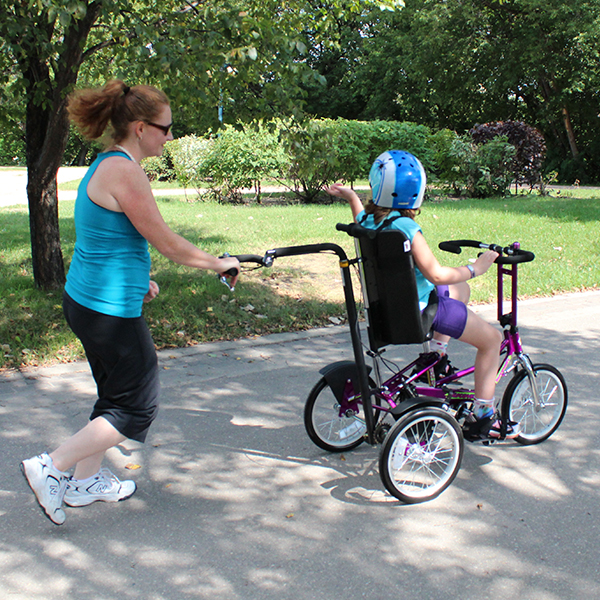 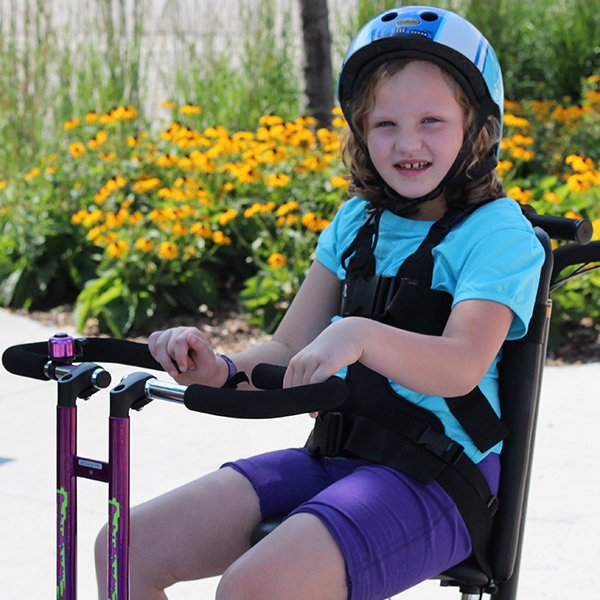